According to Oxford Dictionary, “A letter is a message that is written down or printed on paper and usually put in an envelope and sent to somebody.”

From the above discussion, it can be said that a letter is a written message, printed or hand written, that is sent to someone by other through post or mail or in some other way.

Letter is an important symbol of human civilization. It has been used as a media of exchanging information from the primitive age. Letter can be categorized into different types based on formalities maintained, information contained, purpose of use etc. A comprehensive classification of letter is shown below- 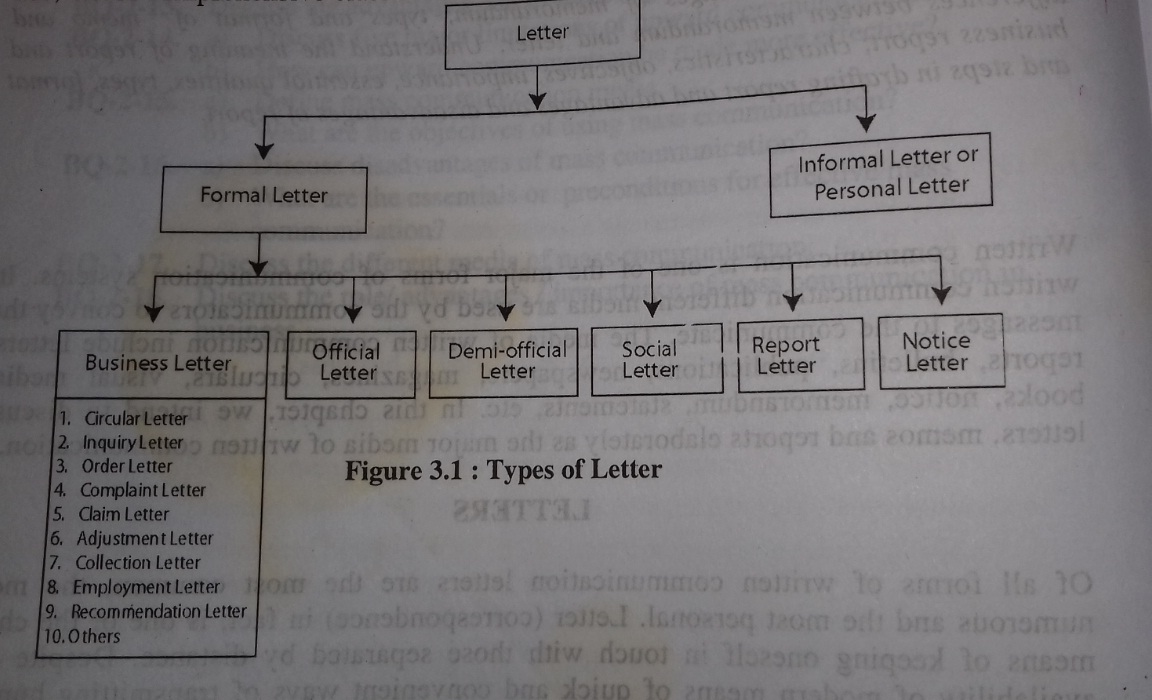 Beyond the above mentioned categories there are some other letters also such as bank letter, public letter, level letter, increment letter, permission letter etc.

11 thoughts on “What is Letter? Letter Definition | Types of Letter | Definition of Letter”